Nel Centro is proud to announce that John Eisenhart is our new executive chef. John has been an integral part of the Portland food scene over the last 11 years while directing the kitchen at Pazzo Ristorante as their executive chef. We are very excited to have chef Eisenhart join us and share his passion and expertise for Italian and French cooking. We are quite sure that this is the just the beginning of a beautiful relationship.

Why a career as a chef?
My first job was cooking at my mom’s deli in Sonoma, California. I did have plans to become a graphic designer and attended art school but when money ran out for school, cooking was the career path that I returned to.

Do you cook in your spare time?
Yes, I cook a range of cuisines but I am particularly interested in Asian cuisine at the moment.

Where does inspiration come from?
I am inspired by raw ingredients that are seasonal. I also enjoy the challenge of creating dishes when ingredients are limited. I feel that I can sometimes do my best work when options, ingredients and time are limited.

Your perfect meal?
That would have to be deep sea fishing and eating the fresh catch. I enjoyed a memorable meal like this in the Bahamas 15 years ago.

Your earliest memory of food or cooking?
My mom was a 1970’s hippie and loved to grow shiitake mushrooms, can produce from the garden and make homemade yogurt. My earliest food memories are from being involved in these DIY culinary projects.

Best part of your profession?
I love the teaching and mentorship that comes with being in charge of a kitchen staff. I also love seeing our work come together – dishes, menus and service. When things comes together just right, it gives me a great sense of satisfaction.

Favorite ingredients to work with?
I especially enjoy working with foraged ingredients — I spend time in the woods with my dog hunting for mushrooms and things like wood sorrel.

What are you looking forward to at Nel Centro?
I am probably most excited about the freedom and creative support that is being given to me at Nel Centro. I also appreciate working for an owner that is a chef himself. I consider this a refreshing change since it is becoming more unusual these days in larger restaurants.

First View Atop The Eastlund Hotel

In May of 2015 Hotel Eastlund will be opening their doors for the first time. Here’s a look at the space in progress. The view featured here is from inside the Altabira City Tavern, helmed by acclaimed local chef David Machado. Portland’s newest boutique hotel will feature rooftop dining, floor-to-ceiling windows, a spacious work-friendly lobby, and a beautiful view of the Portland skyline.

The first contemporary, luxury boutique hotel of its kind on Portland’s Eastside, it is developed by Grand Ventures Eastlund Hotel, LLC, who also developed the renowned Hotel Modera in Portland, Ore., as well as Hotel Andra and Hotel Deca in Seattle.

The downtown skyline comes to life with the views from these outstanding venues. The rooftop restaurant and bar, Altabira City Tavern by celebrated chef David Machado, offers American cuisine with a beer-centric menu and Citizen Baker, adjacent to the lobby, is both a casual daytime café and evening wine bar.

Read the article on GoLocalPDX.

From the Portland Business Journal
March 24, 2015
by Jon Bell

It’s no HQ hotel, but the old Red Lion will soon be a modern boutique What was once a ho-hum Red Lion Hotel is just a month or so away from being unveiled as Portland’s newest luxury boutique hotel with rooms starting at close to $200 a night.

Seattle-based Grand Ventures Hotel LLC is heading into the final stretch of the massive renovation that gutted the Red Lion in the Lloyd District to make way for the Hotel Eastlund. The new hotel, scheduled to open in May, will feature 168 rooms and suites as well as a flexible ballroom with floor-to-ceiling windows, two executive boardrooms and two private dining rooms overlooking the Portland skyline.

As of this week, the hotel has begun accepting reservations. Opening rates at the low end run $189; deluxe suites approach $470 per night. Guest rooms and suites have either California kings or what the hotel claims are the first-ever California queens, as well as commissioned artwork by Loui Jover and Badri Valian.

Read the entire article in the Portland Business Journal.

What Do Carmen, Kurt Elling, Italian Design & Cinderella All Have in Common? Answer: Nel Centro

February is a scorching hot month for all things artistic in downtown Portland. The 11th Annual Portland Jazz Festival and the Portland Art Museum’s “Italian Style: Fashion Since 1945” coincide to energize the city with world class music and thought-provoking design. The Portland Opera also performs a lush version of Bizet’s Carmen while Oregon Ballet Theatre and Broadway Across America Series wrap up February in dueling fashion with Ben Stevenson’s Cinderella and Rogers and Hammerstein’s Cinderella. Almost forgot to mention Smokey Robinson is performing with the Oregon Symphony on Valentine’s Day.

Nel Centro is at the heartbeat of these wonderful shows and is the perfect place to enjoy happy hour or dinner before a performance. Celebrate and treat your loved one to a night on the town with dinner at Nel Centro followed by a romantic night at the Ballet or the Opera. Or swing by afterwards for cocktails, dessert and live jazz. We are centrally located between the Keller Auditorium, The PCPA, Arlene Schnitzer Concert Hall & PSU’s Lincoln Performance Hall. Valet park at the adjacent Hotel Modera and all theaters are a short walk from the restaurant. Make planning easy and focus your festivities downtown – in the center of it all. Make your reservation today.

“That’s what Nel Centro is calling their newest creation, the Carmen Cocktail, created in honor of our production. It’s made with Burnside Bourbon, cherry almond liqueur, Crème de Cacao, and a dash of cayenne. Try one out before or after the performance! Nel Centro is our Featured Restaurant Partner.”

A longtime sponsor of the Portland Jazz Festival, Nel Centro is also one of the festival’s venues. Shows are free and open to all ages with no minimum food or drink purchase required.

Reservations can be made today through Open Table.

Jazz Up Your Sunday Brunch

Making our regular Sunday brunch even more exciting, the Jazz Festival comes to Nel Centro on Sunday February 22nd and Sunday March 1st. Experience the jazz stylings of pianist Dan Gaynor with Bill Athens & Michael Raynor from 11 am till 1 pm on February 22nd and guitarist Dan Balmer with his latin trio, Caminhos Cruzados on March 1st from 10 am until 1 pm while enjoying a mimosa, Caffe Umbria cappuccino, and a delicious selection of sweet and savory dishes. Make your reservations today.

Just a quick note to let everyone know that the new restaurant projects in the stunningly remodeled Hotel Eastlund are still on schedule. Perhaps you have driven by the Oregon Convention Center recently and noticed a major remodel of the once-revered Cosmopolitan Hotel and its famous rooftop dining venue, Top of the Cosmo? May 1, 2015 should see the opening of Citizen Baker, our ground floor bakery, cafe and wine bar. A week to ten days later should mark the opening of the top floor, beer-centric restaurant, Altabira City Tavern. The restaurant will feature American Regional cuisine in a dramatic top floor setting with sweeping views of downtown, the river and the West Hills. We think the rooftop patio with fire pits will be the only patio in town to rival Nel Centro’s.

(architectural drawing of Altabira and Citizen Baker by Holst Architecture) 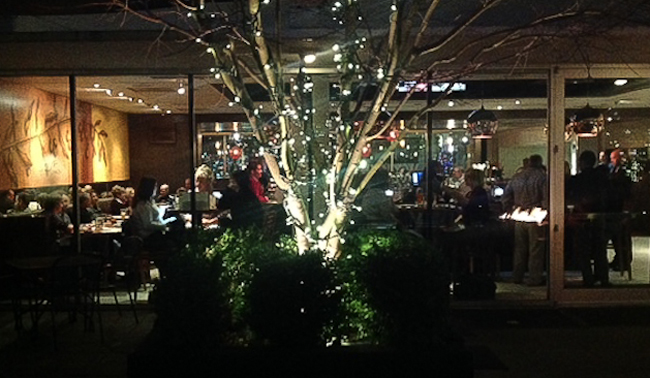 This New Year’s Eve, treat yourself to a festive evening of live jazz and sumptuous Italian dishes at Nel Centro. Reservations are going quickly, so make your plans today! (See below for additional holiday hours.)

In addition to our full winter menu, Nel Centro is also offering the following specials: 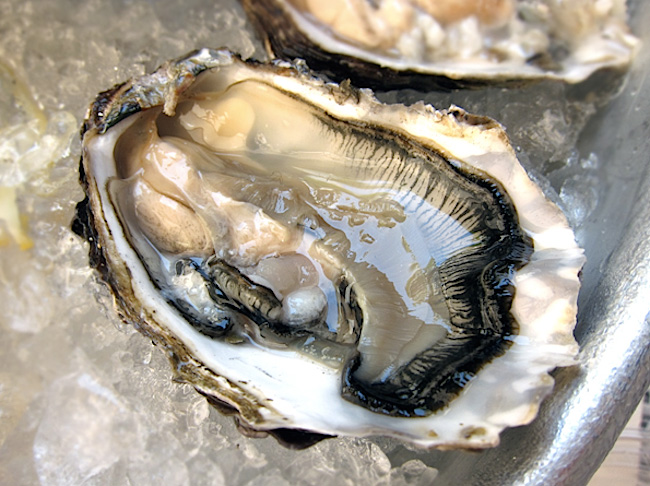 Reservations can be made today through Open Table.

A Trio of Jazzy Fun 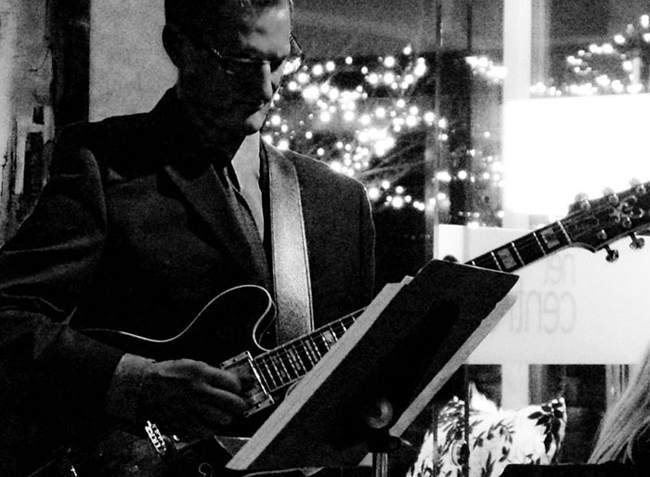 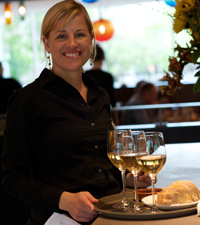 Usher in the New Year with one of Portland’s best brunches.

A menu of sweet and savory dishes paired with a celebratory mimosa or specialty cocktail ensures a fantastic start to the New Year.

Brunch will be served from 8 am to 2 pm.

Take a night off during this hectic season and let Nel Centro do the cooking for you and your family and friends:

There's Still Some Time To Book That Post-Holiday Function 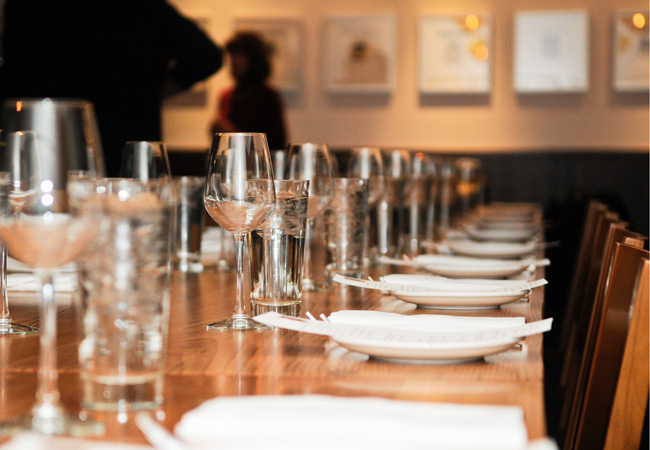 Unable to squeeze your holiday party into the busy month of December? Nel Centro’s intimate and upscale private dining rooms are the ideal location for a post-holiday get-together with colleagues or friends. The rooms can accommodate a lunch or dinner party for up to 30 or a standing reception for 150.

Our private dining menus are here>> 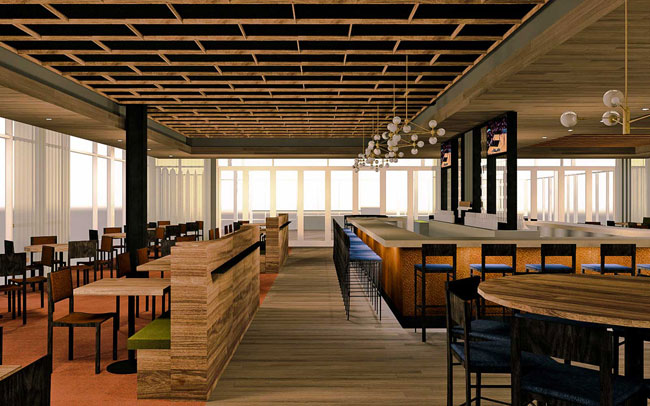 We are pleased and excited to announce the May 2015 opening of two new David Machado restaurants in the Hotel Eastlund. Currently under construction in the Convention/Lloyd District, Altabira City Tavern will feature a beer-centric American menu while Citizen Bakerwill serve breakfast and lunch in a casual bakery/cafe setting. Stayed tuned for more information!

Forward this message to a friend

A steel skeleton is just about all that remains of the former Red Lion Hotel in the Lloyd District across from the Oregon Convention Center.

Construction crews have been gutting the building to make way for the Hotel Eastlund, which is being billed as a luxury boutique hotel that will open in May 2015.

A project of Seattle-based Grand Ventures Hotel LLC, the new hotel will have about 170 rooms, meeting space and two restaurants from Portland chef David Machado.

Read the article in the Portland Business Journal here.